Create a paradise for tea lovers!

An international architectural design competition platform seeks inspiring concepts that will reinvent the potential of teahouses as a social hub in natural and informal settings.

The “TEAVEN” competition offers cash prizes valued at $ 24,000 for the design of a tea center around the tea fields that offers the experience of indigenous and exotic types of famous tea traditions and flavors. .

UNITED, a global network of architects and designers, launched the competition based on the story of tea, its history, evolution and branches around the world.

Tea is an ancient drink dating back to the 3rd century AD, originally used as a medicine in southwest China. Adopted by many countries over the years, there are traditions and cultural appropriations to think about when brewing a simple cup of teabecause they are indicative of the logical and scientific techniques behind the type of tea.

The Chinese held a monopoly on tea, but in the 17th century it became popular in Britain who developed its production in their colonies, such as India. As tea production became commercialized, its reach expanded across the world, and many cultures have bred it to host social events. Tea ceremonies are traditional rituals in China and Japan, while tea parties are part of daily life in UK, Turkey, India etc.

Today, tea is a drink widely consumed around the world, alongside water.

The practice and art of brewing tea has become a part of the daily life and culture of many communities, but it’s social role is more complex than what is known. the the aesthetics of the environment in which tea is drunk is as important as the art and interaction in tea cultivation. 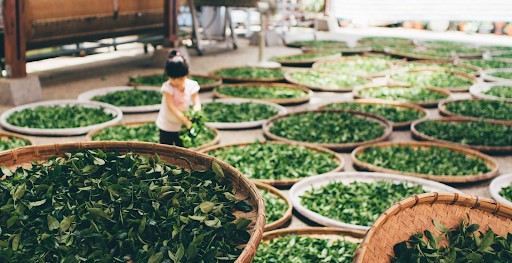 This design competition, called TEAVEN, launched in August 2021, invites designers and architects to submit their design for a tea center around the tea fields that exhibits the themes of tea cultures from different regions in a coherent way, keep the experience authentic and not inflict any offense.

Organizers ask participants to explore how the design can respond to the sensitive location, environmental constraints as well as the socio-cultural and economic context of tea in the context of the site.

Applications will be reviewed by a panel of esteemed professionals in the field of architecture who include Ar. Vimal Patel (Principal Architect-UNSEEN Architects, Ahmedabad, India) among others.

Submissions for this competition close on 08 February 2022

UNI brings together the world’s largest pool of design challenges that are curated by top academics and architectural professionals from around the world. With over 200,000 registered members, UNI connects the academic and professional spheres of architecture through a unique web-based knowledge-sharing platform.