Windows 11 Build 22567 is rolling out with a number of design improvements and some new features aimed at improving Windows Update. Today’s preview is available to those on the Dev Channel and it will not install on unsupported machines unless you edit the registry or upgrade the RAM to at least 4GB.

The preview update is called “Windows 11 Insider Preview 22567 (NI_RELEASE)” and comes from the active development branch named “Nickel”. Microsoft says the new features in the update are not tied to any particular version of the operating system, but we expect some of these changes to appear in Windows 11 version 22H2, the first major update in this year.

Build 22567 isn’t as big as previous updates, but it does have a lot of improvements for the Windows Update and Microsoft account settings page. According to the official release notes, Windows Update now prioritizes background updates when significant amounts of power sources such as wind or solar power are available. 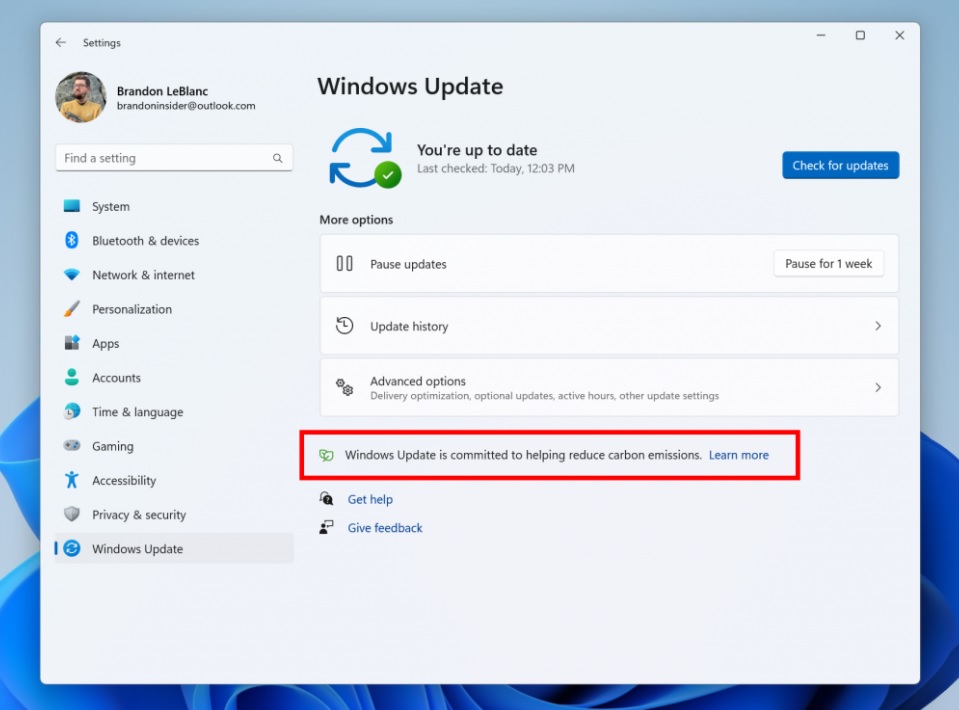 The move is part of the company’s efforts to reduce carbon emissions and help the tech giant reach its goal. You can always choose to download and install Windows updates immediately by going to Settings > Windows Update > Check for updates.

So how does the power saving feature work? According to Microsoft, Windows Update will pull regional carbon intensity data from electricMap or WattTime. If the feature is supported in your region, text will appear on the settings page. However, remember that the feature is still rolling out, so it might not appear for everyone just yet.

Microsoft is introducing a new “Your Microsoft Account” feature under Settings > Account to help users monitor their OneDrive storage, payment, subscriptions, and Microsoft 365 information in Windows 11. 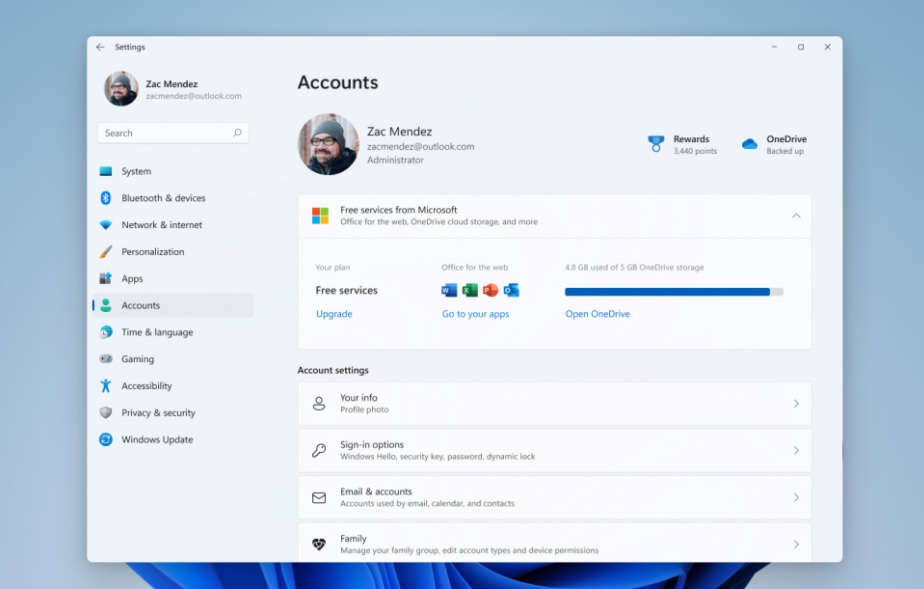 Additionally, Microsoft is updating Windows 11’s OOBE (out-of-the-box experience) with Android phone integration. You can link your phone and PC right from the OOBE screen, so you’ll have instant access to everything on your phone, right after you first set up your desktop.

The integration will allow users to access apps, text messages, calls and more on their PC.

New “Open With” Dialog on Windows 11

Microsoft is introducing a new WinUI-based design for the “Open With” dialog or app switcher to align with Windows 11 Fluent principles.

The updated dialog, which replaces the Windows 8-era dialog, adds support for light and dark themes. 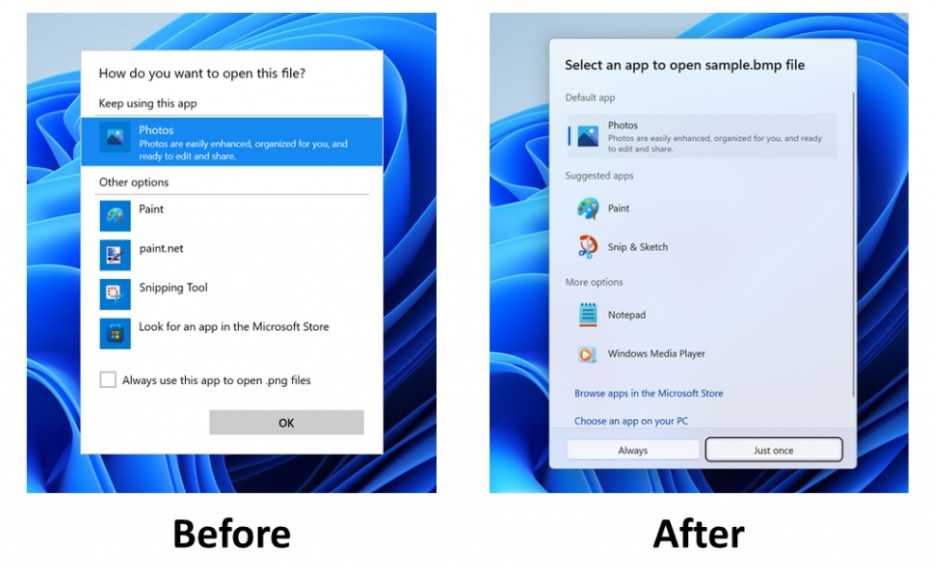 Microsoft is starting to roll out the feature, so it’s not available to all testers yet.